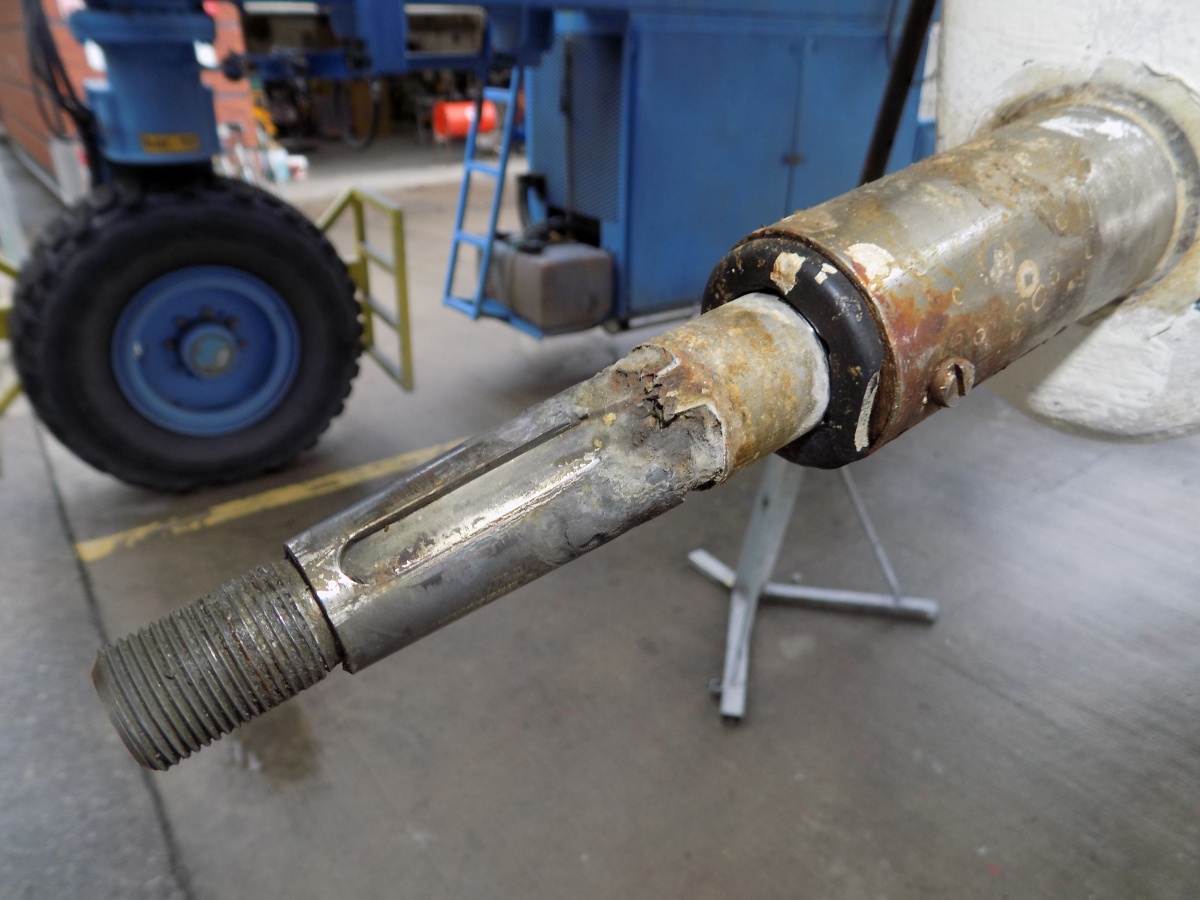 Cavity corrosion is another form of corrosion that can occur where you often don't inspect regularly.

Stainless steel is only stainless in the presence of oxygen and if you take the oxygen away, the stainless will corrode pretty easily. Water can become oxygen depleted in areas where it sits without moving. This normally happens in areas that are left hidden in small crevices and cracks such as rigging swages but can equally happen in cutless bearings and stern tubes if the vessel is not used or the prop shaft not turned regularly.

In the example above for some unknown reason, there was a tiny groove cut into the prop shaft taper just under the boss of the propeller. Over time the water that collected in it became stagnant and oxygen depleted causing crevice corrosion to develop unseen. This one was only found when the anode was being changed during a survey and the engineer noticed the propeller move very slightly on the shaft. This shows the shaft taper when the prop was removed, after cleaning it was found that nearly half the shaft had been eroded!

Normally crevice corrosion is only found when taking apart components but obviously things like standing rigging swages can’t be dismantled hence its one of the reasons for changing it every 10 years even though it looks alright on the surface.

To help prevent it, don't use stainless steel in areas that are likely to trap moisture where it can’t move unless it is the best material for other reasons. Crevice corrosion is also one reason why stainless steel seacocks are generally not the best option for boats.